Series Race #4 took place on Sunday 1/22 at the Mt Tom Reservation in Holyoke, MA, with the 1st Annual Western MA Snowshoe Scramble – the only hitch being a complete lack of snow, resulting in two fairly challenging trail races. 13 runners ran a single 5k loop, and 27 tackled a 2nd time around for 10k. The course climbed steadily for about a mile and 500 ft of gain, then later dropped even more rapidly to finish where it started, on trails that sported an abundance of rocks, roots, and in some spots ice. Drew Best and Apryl Sabadosa were the first runners to complete the 10k; the 5k was won by Melissa Cooney and Brian Donoghue. Best of all, the rain held off until all the runners had finished!

Results are posted here and on Coolrunning.com. Photos courtesy of volunteer Sam Harding can be found here.

Many thanks to RD Carolyn Stocker and her crew of volunteers for all their hard work to make this race happen!

While not a series race, a number of our regulars opted for snowshoes on Sunday and headed to the Oak Mountain Ski Center in Speculator, NY for their annual Oak Runner 5k/10k races. Oak Mountain is primarily a downhill ski area, so runners here were also treated to some lengthy climbs and steep descents. Results of both races can be found here, with photos available as well: album 1 , album 2, album 3, & album 4.

It’s going off as scheduled as a trail race – there may be some icy spots so bring traction aids (microspikes, yaktrax, or my personal preference, screwshoes) just in case.

Unless you have not guessed it, the WMass Snowshoe Scramble this Sunday, Jan. 22nd at 10am is going to be held as a trail race. As of now, the course is still subject to change but due to conditions there is going to be a ~3 mile loop that you can choose to do 1-2x. Expect trails to be icy in spots and if you have not run at Mt. Tom before, trails are technical and hilly.

Also please remember to bring a dish to share if you are able. There will be an after party celebration at the Northampton Brewery to enjoy some local brews.

If you have any questions, comments, or want to volunteer please email me at cstocker@springfieldcollege.edu.

Prereg available until 5 PM on Saturday 1/21; race info can be found here.

Also, if anyone is desperate to race on snowshoes this weekend – word is that Moose Mountain in NH on Saturday and Oak Mountain in NY on Sunday will be snowshoe events.

Just got word that with the forecast of warm weather and rain for later this week, RD Bob Dion is anticipating very poor course conditions and has made the call to postpone the Hoot Toot & Whistle 5k to Saturday, Feb. 4.

Looking ahead to Curly’s on Jan. 29 – RD Paul Bazanchuk scouted the course this past Sunday and posted pictures on the Curly’s race blog. Good conditions for an early spring trail run, lousy conditions for a snowshoe race! We’ll need a really good snowfall to make it happen… keep your fingers crossed and do your snow dance if you’ve got one…

No series races coming up this weekend, but there are a few non-series events you might want to check out. 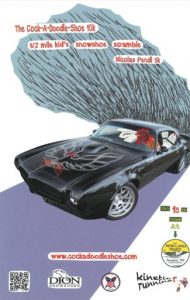 to the Adirondacks, the Cockadoodle Shoe 5k/10k races on Sunday are well established in Saranac, NY and are often attended by some of our Saratoga and Albany snowshoers. The RD has indicated that they have a good snow base and despite the warm weather this week the trails should be in great shape for the races. They’ve already got 43 people signed up so it should be a nice-sized crowd to run or hike with. 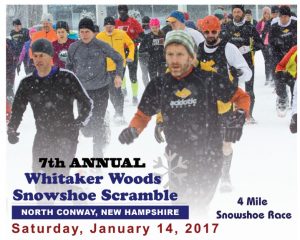 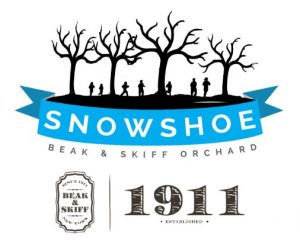 Sunday’s race near Rochester, the Mendon Ponds Winterfest 8k, is a long-established snowshoe tradition in western NY (and one of the staples of my own snowshoe racing schedule) with a new distance this year but all of the spirit, enthusiasm, and hilly terrain that are the signature of a Goose Racing event. UPDATE 1/13: TRAIL RACE

Just a reminder, things can change rapidly in the winter so it is always a good idea to double-check that a race is still being held before heading off to it. And it never hurts to bring along both snowshoeing and trail running gear in case conditions cause a change in the type of race that’s held.