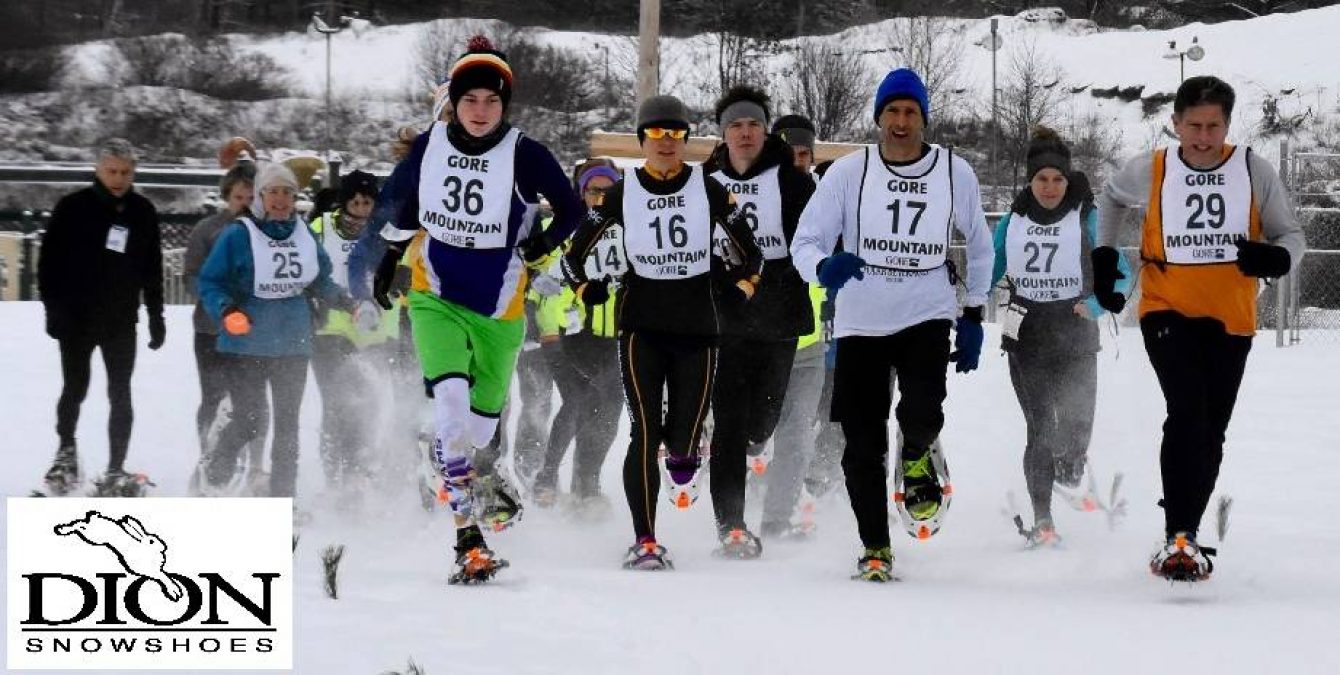 We have a double header coming up this weekend, with snow for at least one of the days!

Saturday’s Hoot Toot and Whistle 5k at 10:30 AM in Readsboro will be a SNOWSHOE RACE! Bob and Denise Dion ran the course yesterday and said there is a packed based with a couple of inches of powder – and also said not to underestimate the difficulty of the course just because it doesn’t feature any major climbs or deep snow. Day of reg at the Readsboro School starts at 9 AM, with the race starting line almost a mile away (so leave enough time after registering to either walk or take the bus to the start!) More details can be found on the race page.

Sunday’s Saratoga Winterfest 5k at 11 AM will be a TRAIL RACE with traction aids REQUIRED. The course will likely be a mix of packed snow, ice, and bare ground, with a couple of short but steep hills. Check-in and day-of registration at the admin building starting at 9:30 AM. Again more details can be found on the race page.

Keep an eye out here and on our Facebook group for any last-minute changes. I’ll be doing a race in western NY from 1 PM to 7 PM Saturday but will remain awake afterwards long enough to post any last minute updates if needed.

As a side note – if you’re not going to be in the eastern NY/western VT neck of the woods this weekend, there are a LOT of other races scheduled for Saturday and Sunday all across the northeast.

Time to take another moment to recognize someone without whom we might not have a snowshoe series, and certainly not one that’s been around as long as ours has (23 years and counting.) Those of you who started snowshoeing in the last couple of years likely won’t even know who this person is – series founder and organizer for 21 years, Ed Alibozek.

Ed was often described as being the heart and soul of this series, and 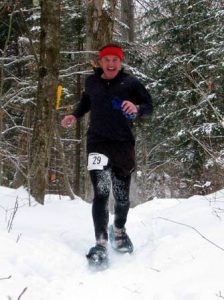 he certainly did a heck of a lot to make it happen, between overall organization, weekly updates, newsletters, directing multiple races a year (which included long drives from his home in CT to scope out and mark courses ahead of time), helping with even more races, and generally being a wellspring of smiles and positive attitude. Health issues led him to step away before the 2015-16 season, and fortunately for us several individuals stepped forward to keep things going. A lot has changed over 23 years, but much of what we are can be traced back to the thoughts and attitudes of Ed and the folks who helped him put this series on for that first 20 years, whether it’s a certain pleasure at holding races at beautiful sites out in the middle of nowhere or welcoming everyone who enjoys snowshoeing to our events, whether they’re at the front of the pack or bringing up the end.

Dave Dunham filmed a short interview with Ed way back in 2009 after the inaugural Hoot Toot & Whistle 5k, about how the series came to be  – it’s on Youtube here and is well worth checking out.

With luck Ed will join us for one of our future races – I think everyone who knows him will agree that we miss having him running with us. And in the meantime – thanks, Ed! We wish you all the best.

There isn’t anywhere near enough snow to hold a snowshoe race on the Curly’s course this Sunday 1/29. RD Paul Bazanchuk is checking with the MA DCR to see if it can be rescheduled for Sunday 2/12.

Check the “other races” page on our site for other options this weekend… some may actually have snow.

I’d like to take a moment to recognize Dave Dunham, who has been working behind the scenes compiling the series scores for each season for as long as I’ve known about it (and probably longer tha 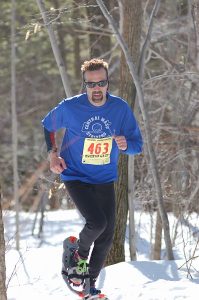 n that.) After each race Dave sends along a list of milestones reached for a variety of factors (number of series races, overall points, number of wins, etc.) While we don’t always note these here or in the email updates, they’re always posted on our site on the Milestones page.

Dave’s a strong competitor in both running and snowshoeing and we really appreciate the time he spends helping us with our series. Thanks, Dave!