Once more, Gore Ski Bowl and North Creek led the pack with our first snowshoe race of the season. It is so encouraging to begin each snowshoe cycle with an event that has a 90% chance of having snow due to their snow making capabilities.  But this year we were in for a special treat with the natural snow that enabled us to enjoy the woods loop.

The slightly less than 5K route consisted of 3 identical loops: the first introduces you to the terrain, the second gets you into a comfortable groove and the third enables you to plan your finishing strategy.  With four steep hills to negotiate during each segment, we not only got a challenging workout but the opportunity to test our gear and wardrobe selection over varied terrain. 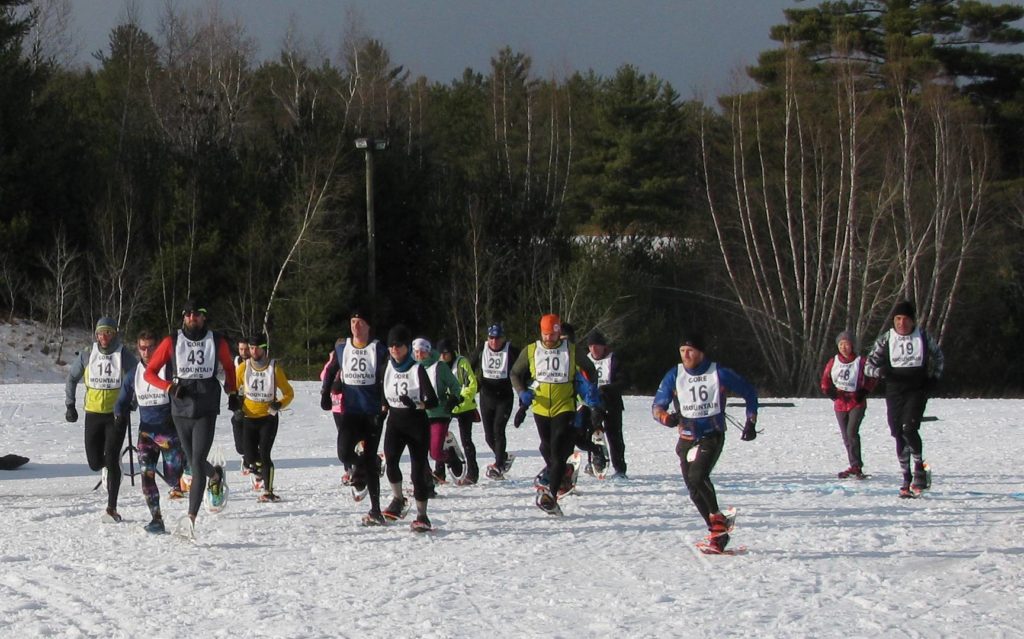 A few days’ worth of rain had reduced the snow cover and it was weird to have to jump over parking lot puddles instead of skating on the usual ice.  But the snow on the mountain was groomed to sufficient firmness to facilitate smooth passage.  Best of all, halfway through it started to snow big, juicy flakes that  soon faded  once we descended the mountain on the way back home.  A magical, wintery Brigadoon! 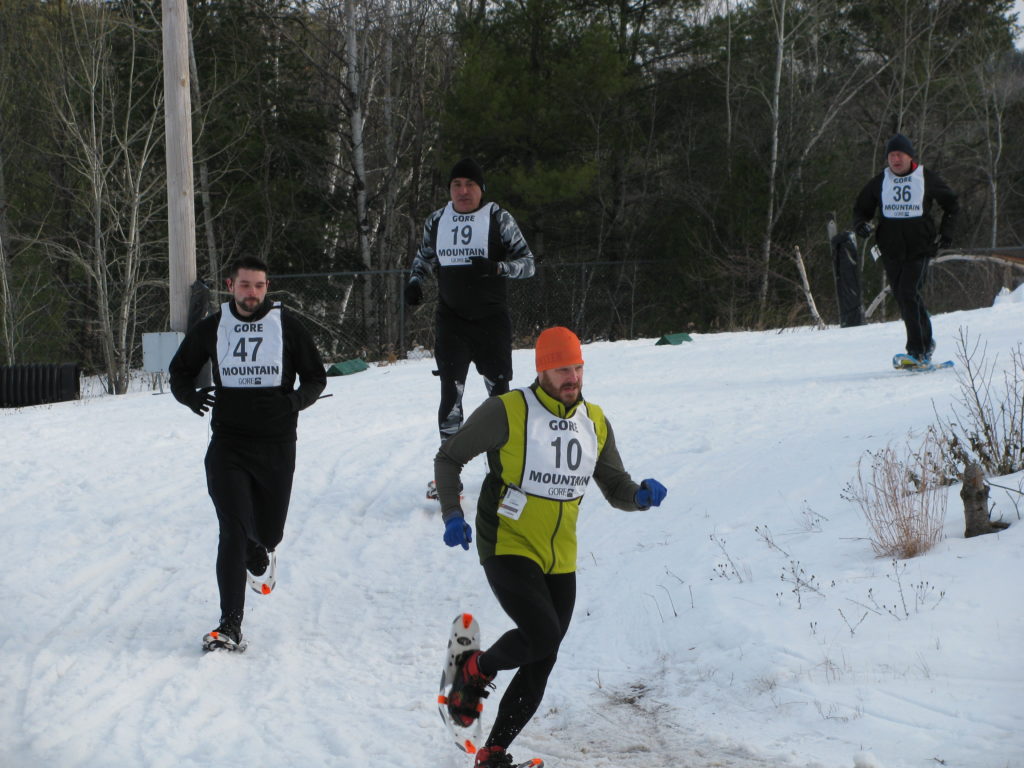 To experience even More Gore, consider the Tuesday night series beginning January 14 where you circumnavigate a somewhat similar path on Nordic or skate skis or snowshoes with stars and electric lights to illuminate your path.  The atmosphere is similar to the Saratoga Stryders Camp Saratoga Summer Trail Race series, with $10 pay-at-the-door entry and unique raffle prizes: eggs from a local farmer who competes, scarves hand-knitted by an employee, Adirondack calendars, gear from the Gore ski shop and coupons from local shop owners—who are also there in person.  The same family-friendly crowd turns up week after week so there is the real possibility of making some good friends along the way.  The January 14 and February 18 dates are also part of our series.  For a virtual visit, try https://www.goremountain.com/events/ski-bowl-citizens-races

February race info for many of the races is also now updated – Nor’East 10k/half marathon, Saratoga Winterfest, Camp Saratoga, Gore Citizens’ Races #2 , and Hoot-Toot-&-Whistle . The others will follow as info becomes available. 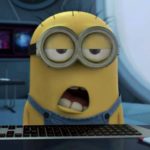 21 runners came out on a sunny afternoon to enjoy some snowshoe time on the lower loop at the Gore Ski Bowl Nordic Center. 20 runners opted for the 3-lap (approx. 2.7 mile) competitive run, and 1 opted for the 2 lap recreational snowshoe. Despite several days of warm conditions and rain, the snow had held up surprisingly well and conditions were better than just about anyone expected.

Our thanks go out to RD Paul Allison and the staff of the Ski Bowl/Nordic Center, who pulled together a great early season race under potentially tough conditions. Gore has been our season opener for four years in a row and hasn’t let us down even once. Thanks also to Bob Underwood of Underdog Race Timing for keeping track of how quickly (or in my case, how slowly) we reached the finish at the end of that third lap.

Photos from before the race, the race start, and the bottom of the first downhill can be found here.

Full results can be found below:

The 2019-20 DION WMAC Snowshoe Series kicks off on Sunday 12/15 with the Gore Ski Bowl 5k. A couple of days ago, RD Paul Allison reported in that “the man-made snow loop is holding up well despite the rain and warming temps in the last few days.” With a few alterations to avoid the au natural areas that didn’t hold up so well, they will still be able to host a 5k race. The course will follow the lower 1.25 kilometer man made snow loop.  Snow conditions will be groomed frozen granular.  For the timed 5K race class, racers will do 4 laps.  For the recreational untimed (2 laps) for a total of 2.5K. Online preregistration is available until 5 PM the day before, or register day of from 1-1:50 PM in the Lodge.

Please remember that despite Paul’s optimism Mother Nature can sometimes throw a monkey wrench in the works – in this case in the form of above-freezing temperatures and rain on Saturday. Keep an eye out here and at our Facebook group for any last-minute updates.

Looking ahead to after the holidays, the relocated & renamed Get Rec’d 8k on Sunday 1/5/20 now has the most current information posted. RD Mike Owens plans on having the course determined soon. This one is our first National Championships Qualifier of the season. If you’re looking to use this race to qualify (and also receive some discounts) be sure to have an up-to-date USSSA membership.